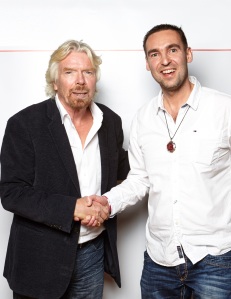 Founder of the NoLimits project, Rafael Badziag is a Germany-based serial entrepreneur, best-selling author, top TED speaker and angel investor. He is a valued expert in psychology of entrepreneurship, specializing in self-made billionaires and was featured on NBC, ABC, CBS and FOX networks as well as in USA Today, Wall Street Journal and other national newspapers and TV networks in several countries.

In the late nineties, he built his first multi-million dollar business by pioneering E-Commerce in Europe. It was the first bike online-shop in Germany, which he developed into an established business in German speaking market. He then expanded into a broad range of Internet-based services and assets in a number of countries.

His inspirational blog hit the #1 mark on the day it launched. 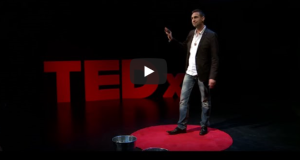 Rafael has given some of the  most popular TED Talks history that have been watched over 2 million times.

The book “Ready, Set, Go!” that he has co-authored with Brian Tracy, the world’s greatest business teacher and personal performance trainer, and some other top experts became an Amazon bestseller in multiple categories and has earned Rafael the Quilly Award.

Rafael is always pushing his limits, so you may find him sprinting on a treacherous mountain trail, running a 100 km race across the Sahara Desert, or dancing a tango on the floor of a fancy Milonga. His expeditions and remarkable journeys have taken him across the world, from Antarctica to the Peaks of the Seven Summits. He has travelled all seven continents.

Rafael’s passion is helping and inspiring others to achieve more, be more and live up to their full potential, both professionally and privately, and he drives his followers to accomplish goals previously deemed impossible. These peak experiences empower people to achieve outrageous success, for “only those who will risk going too far can possibly find out how far one can go”. 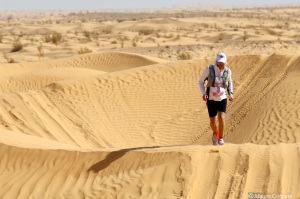 He has inspired countless people to achieve more meaningful lives, overflowing with zeal, passion and greatness, far beyond the boundaries of mediocrity. Always known to lead by example, or “practice what he preaches”, Rafael is currently learning his 6th language.

The ‘crossing limits experience’ is Rafael’s lifelong passion and it speaks to the very core of his personality. Enhancing the lives of others by motivating them to do the same is his calling, and he has spent his life answering that admirable call. 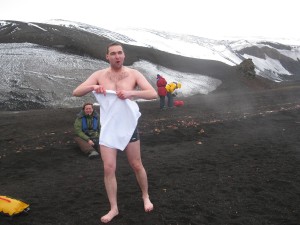 After a bath in Antarctica

Recently, Rafael has been traveling the world and meeting the world’s most successful entrepreneurs, all of them self-made billionaires, from various regions, industries, cultures, religions and age groups. He managed to open the most inaccessible doors and got access to some of the wealthiest people on the planet. By conducting face-to-face interviews with them, he was able to obtain first-hand information on their methods and mindsets. He reveals their success secrets on his website, TheBillionDollarSecret.com, the corresponding YouTube channel as well as the upcoming book with the same title.

Some people call him, The Napoleon Hill of the 21st Century, others – The Billionaire Magnet. His writing and business activities have a truly global scope.

Rafael is a member of the National Association of Experts, Writers & Speakers. Recently, he was inducted into the National Academy of Best-Selling Authors.

Some of Rafael’s projects and companies:

He also writes for The Billionaire Mentor magazine:

Find out more about Rafael on LinkedIn: